I happened to visit a middle class Catholic family in a small town in South India. The Father is a businessman and the mother a housewife. They have only one son. The house is named after the son. When I entered the house I noticed that there were so many pictures of the son all over the house, in every room, in various postures and of various sizes. Their conversations too were full of that son who was studying in class IV. After my short visit, I was offered a lift to my next destination. The rear glass of the car had large stickers of the name of the son. I was a bit disturbed because I was reminded of the words of Jesus: “Whoever loves father or mother more than me is not worthy or me; and whoever loves son or daughter more than me is not worthy of me” (Mt 10:37). In the parents, there seemed to be an obsession about their son. Is this a rare phenomenon? I do not think so. 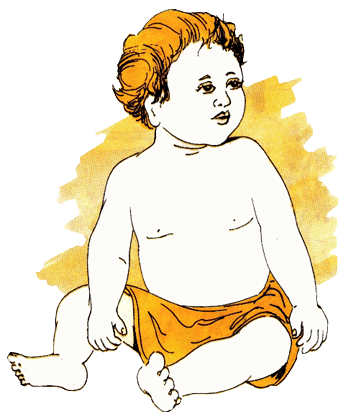 A son or a daughter is a great gift of God. Ps 127:3 says, “Behold, children are a gift of the Lord, the fruit of the womb is a reward”. As good and responsible parents, we should love our children and attend to their needs. Yet they should not become idols we worship. If we make them so, we shall go against the first commandment. “I am the Lord your God, ... you shall have no other god before me” (Ex 20:2-3).

God sent a man of God to Eli, the priest to point out to him that he committed a grave sin by honouring his sons more than Him (cf. 1 Sam 2:29). God punished Eli because “his sons were blaspheming God and he did not restrain them” (1 Sam 3:13). God considered such a sin unpardonable (cf. 1 Sam 3:14). Abraham is the hero. He received a son after a century of patient waiting. Yet he refused make him an idol. The angel of the Lord said to Abraham, “now I know that you fear God, since you have not withheld your son, your only son, from me” (Gen 22:12).

Look at the tragedy of King Solomon. “... When Solomon was old, his wives turned away his heart after other gods; and his heart was not true to the Lord his God, as was the heart of his father David” (1 Kgs 11:4). As a result, his kingdom got disintegrated. In Genesis, chapter 3 we read about the sin of Adam and Eve. God had commanded the man not to eat of the tree of the knowledge of good and evil (cf. Gen 2:17). But instead of obeying the voice of God, he listened to the voice of his wife. That is why we read in Gen 3:17 that God said to Adam, “Because you have listened to the voice of your wife, and have eaten of the tree about which I commanded you, ‘You shall not eat of it’, cursed is the ground because of you; in toil you shall eat of it all the days of your life”.

Anyone who takes the place of God – be it a son, a daughter, father, mother, husband, wife or a friend – becomes an idol. Sometimes craving for wealth, name or popularity too can become an idol that tries to steal the glory due to God alone. In the lives of believers God comes first, before anyone or anything. Otherwise there is idol worship. Do I have an idol?